As I life coach, I have the joy of seeing women step out and do some pretty amazing things. I even stand back in wonder at times and wonder about my own life. You can’t play it safe and experience adventure or even some of your dreams. Sometimes you just have to leave the familiar behind and take a risk! It reminds me of a passage in Gen. 12:1-3, when the Lord says to Abram “Leave your country, your people and your father’s household and go to the land I will show you.” The expedient word here is to leave!

We have all been inspired by the stories of men and women who stepped out and dared to the do the impossible. One such person was Gail Devers. In 1992, Gail Devers ran 100 meters in 10.82 seconds to win an Olympic gold medal. A year prior to this achievement, she could barely walk. In 1990, she was diagnosed with Graves’ disease. During her radiation treatments, she received too much radiation and some very serious side effects. In fact, the doctors told her that if she had walked two more days both of her feet would have been amputated. Gail was not a quitter. After some modification of treatments, she returned to the track and in 1991 and won the gold medal in 1992.

Another hero is a good friend of mine Kathie who is a cancer survivor. After surviving radiation, chemo and hair loss, she decided to pursue running. To my surprise, several years later, she has competed in several 26 mile marathons, one triathlon and is constantly exploring new horizons and new races to compete in.

What about you? What is holding you back? What is keeping you from stepping out of your comfort zone? Harry Emerson Fosdick said, “it is cynicism and fear that freeze life; it is faith that thaws it out, releases it, sets it free.” Maybe you and I don’t need to leave our country like Abraham did, but maybe we do need to get off the sideline of life, jump in and take a risk.

When we step out in faith and take a risk, all kinds of doors and opportunities open to us that we never dreamed possible. That is when real breakthroughs happen. We can look back over our lives like Gail and Kathie and say, wow, didn’t we experience the miraculous! 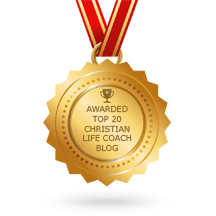